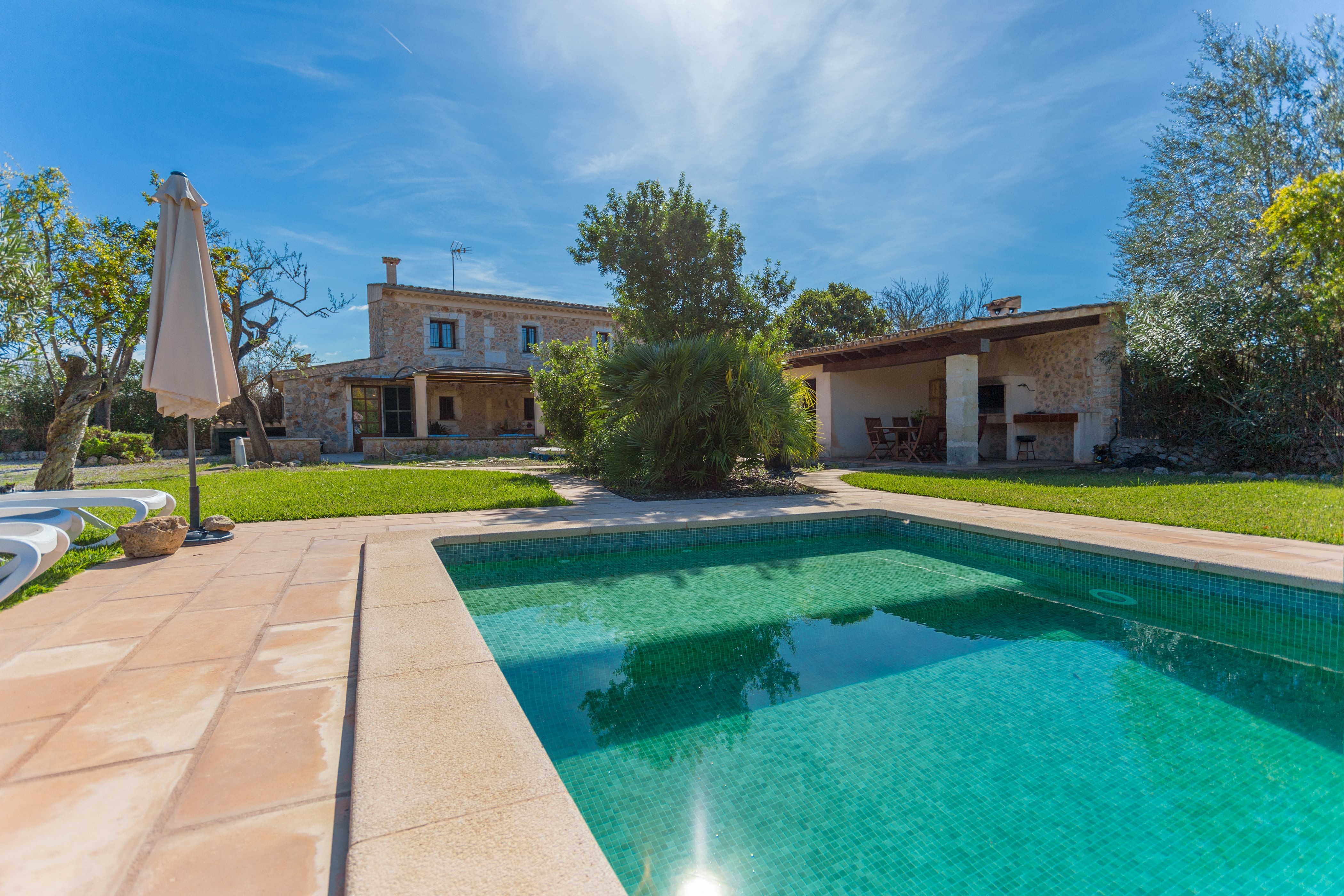 It is one of the most popular destinations and most tourists want to spend Halloween in Transylvania. Most of them are passionate about the place where vampires and ghosts come say, but especially where it is expected to encounter Dracula‘s castle, according to legend and folk beliefs.

Even if it is just a myth attractive Halloween Transylvania wine annually, hundreds of people from foreign countries and sometimes even from overseas countries. Tourists want to spend nights really scary in this area of our country, and for that not shy away good money out of pocket.

This year, on we celebrate the 112th anniversary of the Dracula novel written by Bram Stoker. So Transylvania Live, expert in Transylvania, invites all Transylvania enthusiasts, Dracula lovers in a fascinating halloween holiday: Vampire in Transylvania!

Halloween in Transylvania: How much

Thus, for a stay in Transylvania Halloween, prices start at 799 euros for seven days on sale. Original price was 999 euro but fell for departures from October 29, 2015. Tickets departing Wednesday, October 28 and return Tuesday, November 3, were already sold.

However, seven seats are available for departures on Thursday, October 29 to Wednesday, November 4, at the price of 799 euros. Starts from Bucharest and all ends there, following that between the first and the last day to visit the cities of Sibiu, Hunedoara, Sighisoara and Brasov, according gadventures.com.

Transylvania, the perfect destination in any season …

Halloween in Transylvania: What does stay

Foreigners who want to spend their Halloween night in Transylvania can opt to stay seven days will be part of an adventure. The first day will arrive in Bucharest, and until the day they leave for Sibiu, where they will visit Dracula‘s Castle in Poenari and Brukenthal.

On the third day, travelers leave for Hunedoara, where they will attend a theme party at Castle Hunyad. The fourth day begins with breakfast included, as the second and third days, and continues on to Sighisoara, where tourists will walk and will explore the city of Vlad the Impaler, known as Dracula.

In the “Halloween in Transylvania“, the fifth day is breakfast and dinner included and takes place on the road from Sighisoara to Brasov, which is to be visited Bran Castle. The sixth day is the way back to Bucharest. Tourists have breakfast included, inter alia, visit Peles Castle before going back to the capital. The seventh day, and last, has breakfast and is where tourists go home.


Maramures, Transylvania and Bucharest Danube Delta will be promoted through Romanian cuisine in a new series called “Adventures with food and wine in Romania“, which will premiere on May 23 at 20.00, Television Travel Channel .
Documentary series “Adventures of food and wine in Romania / Food and Wine Adventures: Romania” is a program presented by Jenny Powell, a famous TV star in the UK, and Olivier Magny, a wine expert from Paris.

The new series comprises six episodes of 30 minutes each, which will be broadcast in Romania, the Travel Channel, every Saturday starting May 23 at 20.00.The series “Adventures of food and wine in Romania” was officially launched at an event Tuesday evening in Bucharest

Apart from Romania, the new series to be broadcast in the next period in all the 130 countries in Europe, Middle East, Africa and Asia-Pacific in the Travel Channel currently issues as stated for MEDIAFAX, company representatives Scripps Interactive Networks Inc.

At the event held Tuesday evening in Bucharest it has been designed and the first episode of this series, which is dedicated Maramures, Baia Mare and cemetery at Săpânţa.

The following episodes of the series “Adventures of food and wine in Romania” are devoted, in turn, other important areas in Romania and Braşov, Cluj, Constanta, Arad and Bucharest.

Check out travel videos, shows, and guides on top travel destinations on Travel Channel. Get all tips, show updates, and trip ideas here.

In the new series “Adventures of food and wine in Romania“, Jenny Powell and Olivier Magny embark on a culinary journey of discovery through Romania. They have small producers are still working with traditional methods, visiting fairs products, vineyards and farms and eat in some of the best restaurants in the country. In their visit, Jenny and Olivier headed north to Maramures, before entering Transylvania, finally reaching the Black Sea.

“Adventures with food and wine in Romania” aims to continue the campaign to promote Romania through Travel Channel documentary trilogy begun with “Wild Carpathia”, which was published during 2011 – 2013, internationally, this television. Unlike the “Wild Carpathia”, in which Romania was promoted by personalities such as Britain’s Prince Charles, Princess Margaret and Ivan Patzaichin, the new serial “Adventures of food and wine in Romania” will focus on Such famous people, but ordinary people and the things hidden and unusual places.

Filming for the show they were spread over about four weeks in September and October 2014 was made by the team Scripps Networks Interactive, which owns Travel Channel and the production company Tuesday’s Child, headed by producer Eoin O ‘Shea, as MEDIAFAX agency reported on October 10, 2014.

“We try to do in this series known people behind the scenes. We tried as much as possible and seek hidden things of everyday people,” said Eoin O’Shea then the manufacturer to AFP. “Our first area of ​​Constanta was shooting. I then traveled to Tulcea, to reach the Danube Delta, where I learned how wine is made of sand and learned to cook fish soup. Jenny Powell even went to one of locals fishing in his favorite lake, “says series producer documentation at the time, adding that the last shots were filmed in the old center of Bucharest, through the spaces visited by the team addendum to Travel Channel Inn’s Inn.

“Tournament” included three Brasov, where Jenny Powell went to hunt wild truffles harvested using dogs in the forests around Brasov. The stars of the new series were also on champagne and sparkling wine producers in Azuga, where Olivier learned more about the traditional production process.

The third space for filming “Adventures with food and wine in Romania” was in Baia Mare. Jenny and Olivier went through the mountains to the border with Ukraine, to visit a family farm that produces its own food and wine of the earth. It was there where he learned to cook cheese Jenny.

The route “Food and Wine Adventures: Romania” continued to Arad, where Olivier took a break from wine and went hunting for wild boar in the forests, and Jenny went to a farm belonging to beekeepers.

However, the new series presenter, Jenny Powell, told AFP, during filming, he was “a big fan of Romanian food“, but also the process for preparing snacks. “People cultivate their products they use in their food, they make themselves. The products are fresh, authentic. This is not always the case especially where they come from. I hope you do not lose all these things, here in Romania. It’s great. It’s about real food, fresh. It’s refreshing to see all these things. I was in people’s homes, in their yards, on their farms. It is a privilege to have been able to do all these things, “said Jenny Powell .

She said that through food, could know more about the family life of the Romanians about their cultural heritage. “And it was very adventurous, even I liked very much,” said Jenny Powell.

However, French wine specialist Olivier Magny admitted that he came to Romania with many prejudices, given the “negative advertising” that make some Roma people in France. “I came with preconceived ideas, but we ended up with a great appreciation for Romania. People were very friendly, warm and welcoming. It was a privilege to be here,” said Olivier Magny.

He was pleasantly surprised and in terms of quality wines from Romania. “Their level is higher than I anticipated. I think it is an undiscovered for people in Western Europe. Nobody Romanian drink wine, no one knows anything about Romanian wines. I think there are many things to be learned and discovered by enthusiasts and I was very impressed that after the communist period was a challenge for wine producers transition to new standards. I was pleasantly surprised (…). And we liked the food, we were impressed by taste and product quality, which is not very easy to get to places where we come from. The food tastes like food, “said Olivier Magny.

In addition to the Travel Channel, Scripps Networks Interactive company is present on the audiovisual market in Romania and the other two televisions, Food Network and Fine Living respectively.

The Travel Channel announced the top five wildest zoos in America and the Philadelphia Zoo made the list. According to the Travel Channel, America’s zoos make it possible to trek into the “wild” even for those who don’t live in the jungle or the Himalayas.
READ Other Travel Tips  Villages in Romania you must visit
Tags: Bram Stoker, Bran Castle, Carpathian Mountains, Charles, Dracula, Halloween holiday in Transylvania, Peleș Castle, Prince of Wales, recommended holiday destination, Sibiu, Sighișoara, Vlad the Impaler

9 perfect tourist destinations for this fall

The 8 Best Things About Bohemian Switzerland

Ultimate guide to heart of the mayan world